In 1992-1993, and from 2001 to 2011, the major focus of my research has been local IL-2 therapy of cancer. This therapy can cause immunity against disseminated cancer, which leads to rejection of the primary tumour and its metastases. This cancer research has been performed in animal models to reveal the mechanisms, and in veterinary and human patients to show its clinical effects. See current research.

From 1997 to 2001, I performed my PhD research at TNO, Rijswijk and the AMC, Amsterdam. I developed non-animal alternatives for screening skin allergens and irritants. Both tests cultured human and porcine (ear) skin explants; the skin pieces were surgical and slaughter waste, respectively. Chemicals were painted on these explants. Epidermal toxicity was used for a measure of skin irritation. In absence of irritation, quantification of immunohistochemical stained Langerhans cells was used to determine allergenicity of the compounds. See also below.

In 1993-1994, my topic was molecular cloning in the field of endocrinology at Utrecht University. In 1990-1991, 1994-1997, I was involved in molecular virology (see below). In 2003-2005, part of the project was investigating single nucleotide polymorphisms in organophosphate syndrome (OPS). 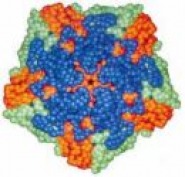 In 1990-1991 and 1994-1997, my research topics were in the field virology at the CIDC, Lelystad and the AMC, Amsterdam. Topics were the development of diagnostic PCR and RT-PCR, for alphaherpesviruses and Foot-and-Mouth Disease (FMD) virus, respectively I have looked at protein folding of influenza hemagglutinine. Other topics were the evaluation of changes in FMD virus epitopes and FMD vaccine production and vaccines stability.

Other jobs and skills

In 1990, internship at Hematology department of a hospital in Lelystad.
In 1992-1994, quality control in the food industry at various companies and locations.
In 2006-2007, analytical chemical techniques at Leiden University. Production of a chemical skin barrier, checking it by diffusion experiments.
In 2008, writing animal experiments request for a large biomedical in Eindhoven.
Also in 2008, head of a department in Information Technology at a retail - wholesale company, in the Netherlands.
Contact me on science using  science@johnjljacobs.nl