Crisis situations, like war and pandemics, highlight the dark and light, or bad and good in humans. Our actions in crisis reflect the nature of the passions in our hearts. Nobody is perfect but not all motivations are equally pure.[JJ]

The anti-vax lobby tries to distort science to suggest that vaccination is linked to high mortality. Often these proponents that make money out the anti-vax business, with the offer to donate [De Hond] money for his activities, knowing that many people are frustrated with current policies. I also have serious remarks on the scientific policies of the Dutch government,[JJ] but intend to fight with scientific arguments not lies.[JJ]

The anti-vax-lobby provides lies that enrage people, which results in severe and violent protests against antivirus measures. The anti-vax becomes a new religion, akin to the believe in the Antichrist, fuelled by hate against the government. People believe these conspiracies,[JJ] in spite of internal inconsistencies.[JJ] Their leaders make money out of deceiving people, and their religion results in violent protests against the government and everyone that tries to build our society, and help diseased people (Figure 2). I would not label a lie-and-hate-driven religion with words like truth and love. 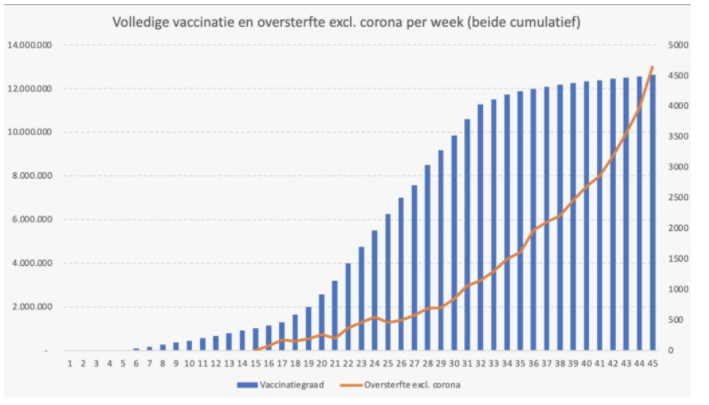 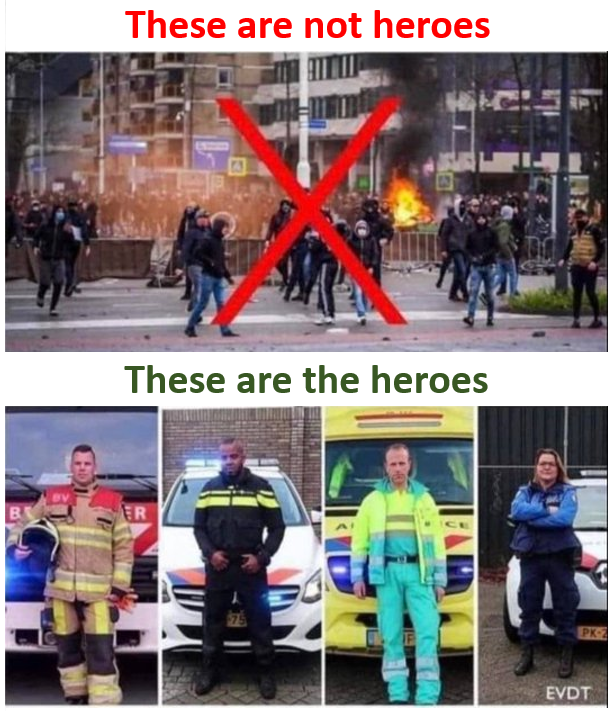 Figure 2. Heroes are people who save lives, not the rioters

In truth and love, everyone is responsible for their own actions. Anyone advising in the public debate, whether solicited or not, should take their responsibilities and discuss principle questions regarding the anti-epidemic strategy.[T] Two months prior to the next lockdown, the Dutch health minister told that we could hug again. Modelling can be hard, especially to estimate the unknown values that critically influence the outcomes of the calculations.[T] Often models are too optimistic since people tend to cluster together based on risk-full behaviour or other risk-associated properties.

Not all governmental information is correct.[T] Washing your hands offers some protection but is not the most important part. I’m puzzled by a minister suggesting that preparation for contact tracing is impossible when it’s not yet needed.[T] Is he from the same country that built the famous dykes, when no flood was coming? [JJ] The policy aimed at testing when having symptoms, misses the most crucial part of the antiviral strategy i.e., to detect virus transmitters early.[JJ] National strategies should not depend on friendly neighbours, like the Germans offering ICUs, when the Dutch fail again.[NPO]

The Netherlands are known, famously and infamously, to polder i.e., to meander between interests of various stakeholders. About a week before the partial lockdown from 17.00 to 5.00 was implemented, cafes asks to extend the closing time from 20.00 to midnight, and the government asked the OMT to advise on this. While the OMT thought the current advise was appropriate, other experts calculated that code black would follow.[T]

The Dutch policies with maximizing COVID mortality to build ‘immunity’ resulted in higher numbers of deaths.[KPMG] The Dutch government made the false dichotomy between lockdown and mitigation, while other strategies where possible.[Nieuwsuur](see Stop the virus ) The lack of transparency has led to deviant decisions in the Netherlands compared to other countries.[JJ]

Whoever obtains a PhD must promise to keep their scientific duties against the scientific community and the society as a whole.[UU] Real science is inherently transparent, in order to allow discussion by facts.[JJ] Like various others, I fearing suboptimal strategies, and started my blogs filled with my knowledge from virology, medical biology, immunology and medical data science.[JJ] Having worked in veterinary science, I knew their different approach to fight epidemics.[Sibley] Early on, various scientists have criticized the Dutch OMT advises for lack of transparency.[NOS] Similar messages were given by the C19 Red Team, Platform Reliable Healthcare Figures {Platform Betrouwbare Zorgcijfers}, Containment Now, ‘For ‘little’ COVID {Voor weinig covid}, All citizens {alle burgers} and was also the message of experts advising the House of Representatives {Tweede Kamer} in 2020 at [Lessons learned]. Several prominent scientist have criticized the lack of transparency of the Dutch Outbreak Management Team (OMT) [NOS].

Internationally, the JohnSnow memorandum declared: mass infection is not an option: we must do more to protect our young and old people.[Snow]

What is the value of a human life? The darkest pages of European history show that valuation of health could be a sensitive subject. Calculations can be a pure evil  means if they're used to justify the unjustifiable, the elimination of apparently economically less valuable people. Because of echoes from the dark ages of the twentieth century, I'll provide both moral and economic arguments against this. Good health is invaluable for the person but for population health a financial trade-off with other investments.

How much our health is worth? This might be a delicate question to answer. Yet it is a crucial one for health policies to determine how much to invest to gains a year of health. Different calculations could be made. In efficacy studies the gains of life years is multiplied with the relative health qualities of these lives and a fixed amount per healthy year of life e.g., 20 K€ per quality adjusted life year (QALY) – sometimes 100 K€/QALY is used.[Smulders] A mortality rate of 1 % with 16 years on average to live, in say 50% of the population would be 1.6 K€ per person per year = 28 B€ for the Netherlands.

Another way is to estimate how much we've invested in health improvement that has been lost due to poor COVID-19 containment. Some countries still had their yearly increase in life expectancy, illustrating that the heart of this reasoning is not invalid. The spending for health increased from 2000 to 2018 from 7.7% to 10% of the GNP e.g., 1.8 K€ to 4.7 K€ per person.[M] Falling back in life expectancy for an 2.9 K€ per person investment is costly.

All these methods fail to take short-term and long-term health effects in account, whereas it's known that the costs of sick leave, hospitalizations, reduced care for other diseases, long covid and newly acquired morbidities is considerable. Nevertheless, these rough estimates illustrate the impact of SARS-2 on health economics. In policy making it is crucial to know that not all costs are equal. Stopping an epidemic will be much more cost effective, than treating patients. Early and strong interventions will be much more cost effective than little and late.

Seek the best for all

Being all humans on the same world, we should seek each other to care for one other. I believe people are given to each other in sincere truth and love, especially in tough times.[JJ] I do not want an empty reference to these words and still to seek your own short-term interests. If we fight this virus together we will have highly effective win-win-win outcomes.[Covey]

Containing the virus is beneficial for in reducing mortality, acute disease, chronic disease, impact for society, lost of freedom  and economic damage.[FT] Divide and conquer policies belong to evil Caesars who set vaccinated people up against unvaccinated, catering industry against schools, and young people against old. To polder between opposing interests and to mitigate the virus will only exacerbate the impact of the epidemics.[Oliu-Barton] Desperate times call for desperate measures. Moreover, if we do not succeed in battling this virus together, tougher times might evolve (VII).
John. J.L. Jacobs. 30.11.2021