Taking no measures whatsoever will overflow healthcare, and drowning people's right on health protection from all diseases. What will the future be like. Two influential groups of Dutch scientists have created an overview of five scenarios [WRR & KNAW]: (i) COVID-19 ends after the epidemic (ii) COVID-19 becomes epidemic in yearly waves, (iii) the disease is controlled in developed countries, (iv) the virus continues to evolve immune escape mutants, (v) the virus evolves to become more severe.[brief].

These scientist recommended the Dutch government to (a) anticipate different scenarios, (b) prepare society for these undesired future, (c) turn recovery into a long-term approach, (d) protect the democratic and ethical values. I agree with these recommendations but have thoughts on the likelihood of different scenarios.

It seems unlikely that after two years of pandemic and various reinfections due to waning population immunity this epidemic will suddenly stop. All scientific scenarios that mimicked this, have not been met by the current pandemic developments. The yearly waves are a scenario seen in moderate climates for common cold virus, thus this might be a part of the future. Same argument holds for vaccination-based strategies in developed countries. The latter two scenarios involving virus evolution are discussed below.

Virus evolution predicts SARS-2 would become more pathogenic I predicted in early 2021, and part of it has turned out to be correct. Selective pressure on the viruses leads to [JJ]

Most RNA viruses adapt as quasi-species by mutating very rapidly,[JJ] due to error-prone RNA polymerases. Coronaviruses have a proof-reading RNA polymerase which makes only a few copy mistakes. Intuitively, this might be a disadvantage but from an evolutionary point of view it is a major improvement compared to sexual reproduction in animals in the struggle for survival with bacteria. The corona RNA-polymerase allows for homologous and non-homologous recombination [Fehr,Gribble,Lai]– animals need to have sex to recombine genes.[JJ] The rapid and efficient exchange of functional protein units between RNA viruses allows a more directed form of evolution. [Keck, Makino] This is further improved by the dampening of immune responses by coronaviruses that would facilitate coinfections to allow for recombination events.[Lawton, Sizun, Waner]  Recombination events of the Spike lead to SARS,[Luk] MERS,[Woo09] and SARS-2. [Zhu] Also non-structural proteins, conserved to suppress immune responses, are shuffled between coronaviruses and possibly other viruses, prior functional selection.[Woo06, Graham]

The SARS-2 coronavirus continues to recombine, [Yi] but generally do not show rapid immunological change, indicating lack of evolutionary pressure. [Zhang] Coronaviruses also evolve rapidly in persistent infections, like in immunocompromised persons. [Rowe], which has also been shown for SARS-2 [Karim, Choi, Kemp, Avanzato, Chen] The large number of reports on variants is alarming. Coronaviruses might rapidly change their surface receptor, which would result in a similar virus with a complete different pathology, since it would infect different cell types. [Norkin]

Evolution will select variants with an advantage in replication, which might be more rapid or escape from immunity. New SARS-2 variants might be more likely to breakthrough vaccines [Ioannou, Christensen] Viral evolution can result in increased disease severity.[Ong] The SARS-2 Beta variant led to sharp increase in COVID-19 deaths by 35% [TI] Recent events showed how Beta replaced the original type and how Delta replaced the Beta variant.(Figure 2) The new variant Omicron (B.1.1.59) has accumulated many mutations [R, S], appears to spread even faster (Figure 3). Although Delta was also more pathogenic, the Omicron variant does not need to be more pathogenic, but it might very well be an immunological escape variant causing more disease in vaccinated people. This is why Omicron has been labelled a Variant of Concern.[WHO]

The directed evolution of coronaviruses and the severe pathology of SARS-2 call for a containment strategy. 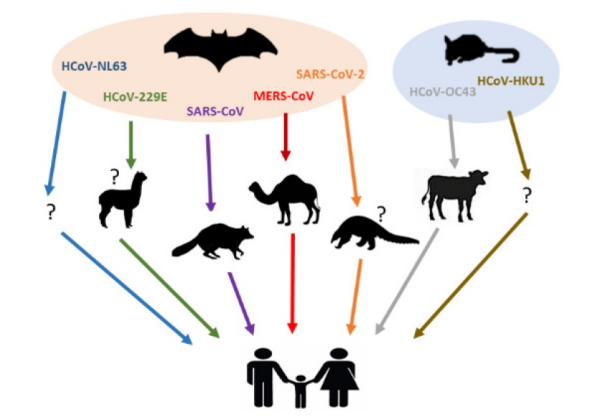 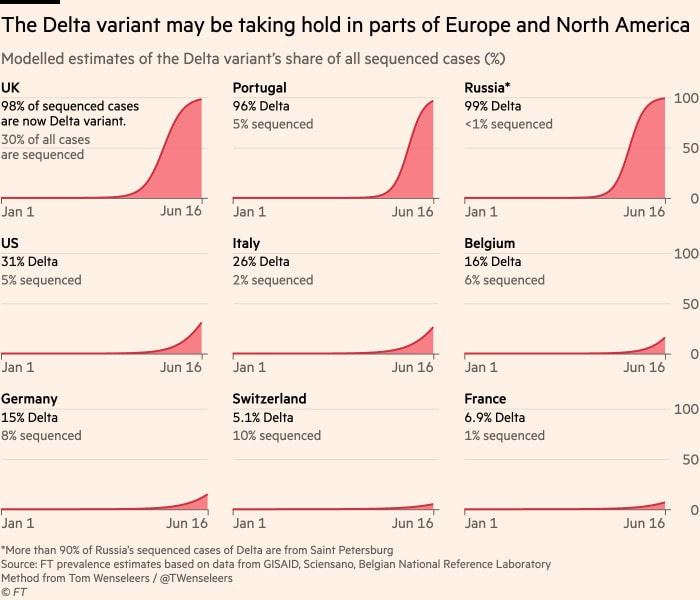 Figure 2. Emergence of the SARS-2 Delta variant,[FT] to illustrate how rapid a new variant can spread around the globe. 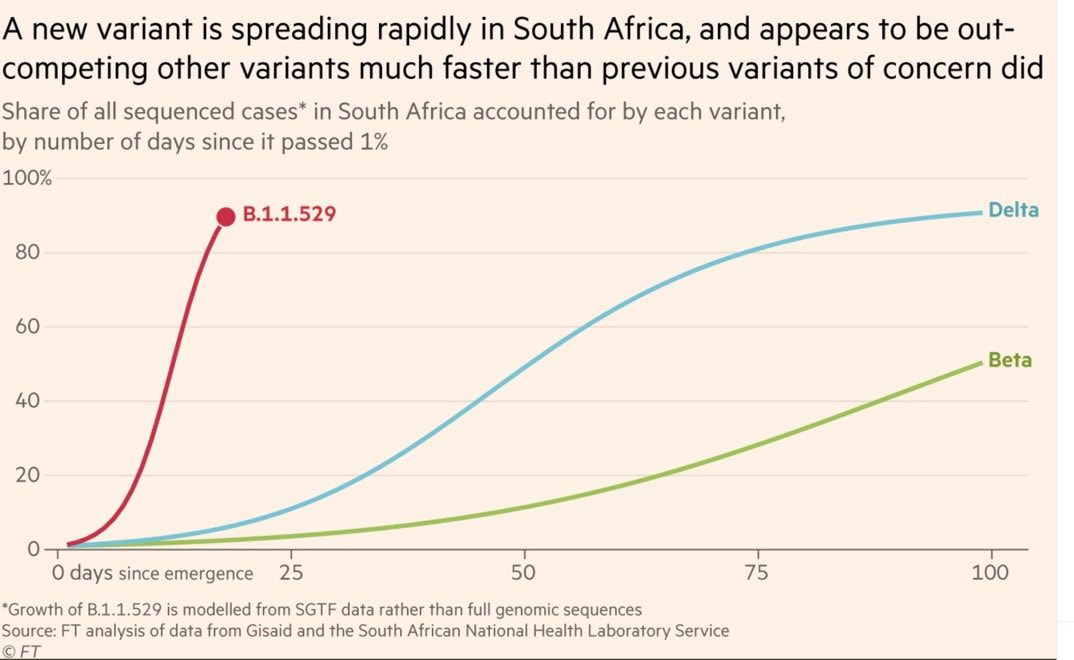 Containment is the best option for any severe pathogenic virus. Viruses cannot be controlled, they become endemic with high circulation of contained in low circulation. The common cold viruses are mild and can be held endemically, even though these four viruses have yearly pathogenic infections in many people due to waning of immunity. However SARS-2 causes serious diseases, both in the acute phase  but even more so in its aftermath ($III). Allowing the virus to continue to spread would undermine or healthcare system. We do not want to opt for yearly lockdowns but also not for unavailability of healthcare. We should stop the epidemic, which is done best at hunting done every infection at low frequencies. It seems unlikely that immunity will control the pathogenicity of the virus, thus aiming for Zero-Covid should be the strategy.


The white plague
Human tuberculosis has existed for thousands of years. No country is TB-free, and the disease is endemic in most poor countries of the world.[WHO] Tuberculosis (TB) was the major lethal epidemic in Europe and the US in the 18th and 19th century, showing a seasonal pattern, similar to coronaviruses with a yearly population mortality rate similar to the current SARS-2 epidemic. While early vaccines were ineffective in fighting the disease, the development of the Mantoux test in 1908 allowed disease detection. Contact tracing resulted in effective pathogen containment and steadily reducing mortality numbers. Adding BCG vaccination and therapy are likely to have some additional effects on tuberculosis mortality, but the major efficacy could be attributed to contact testing only (Figure 5). Contact tracing marginalized tuberculosis mortality, even before effective therapy became available. In many countries in Europe (e.g., the Netherlands) and the USA, contract tracing is still the preferred method to contain tuberculosis, with sanatoriums for the infected. I haven’t heard much criticisms on this policy that is going for at least a century in Europe and the USA.
Contact tracing is the default strategy against any serious pathogen that spreads from human to human, which includers tuberculosis as well as all viruses.[JJ] The Mantoux test costs 2-3 days to perform. Modern diagnostic has speed up significantly, RT-PCR takes 2-3 hours and rapid tests can be performed in 10-15 minutes.[JJ] Over a century ago, it was shown that society could contain a virulent, circulating endemic pathogen at a high level by a zero-tuberculosis strategy. Improved technology enables to do this even more efficient for COVID-19.


Zero-covid strategy is possible.
Asia’s zero-covid strategy, reached by different strategies in different countries, showed that it was possible. Modern privacy-protecting (GDPR-compliant) app technology allows for improved tracing policies, helpful for rapid tracing of contacts and sources.[JJ] Europe’s history with zero tuberculosis, illustrates that Europe could reach this level of scientific control as well. The seasonal pattern of coronaviruses will give European countries a head start.[Zimmermann] It will take serious efforts but modern technology used to test, trace and isolate every case could make our lives similar to the one we had living the endemic cases of tuberculosis a century ago. It is doable but requires concerted action. The alternative will be far more severe. The choice is up to the politicians, which implies the people who vote in a democratic society.

If we take concrete actions to aim for Zero-Covid, we would be able to minimalize the impact of this epidemic, just as we did over a century ago. 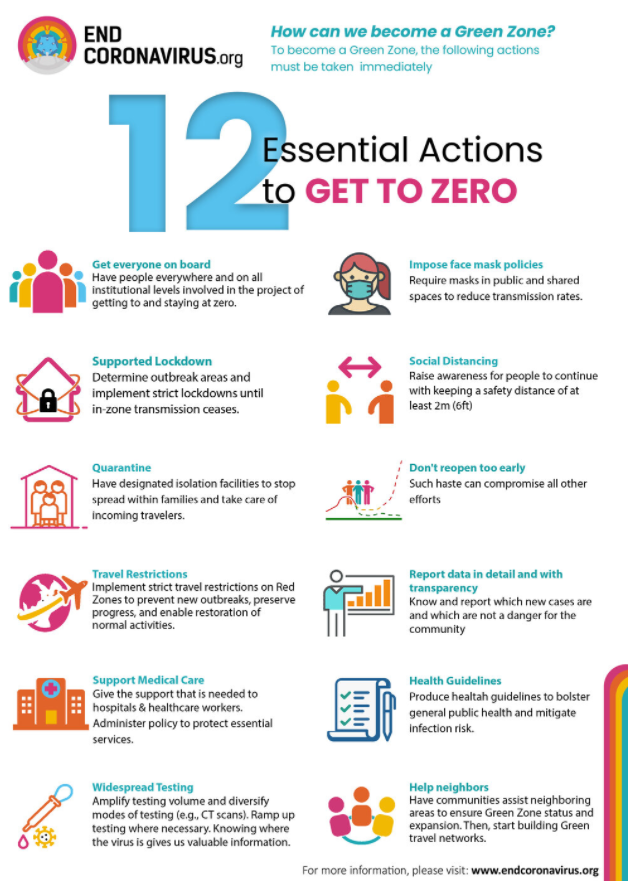 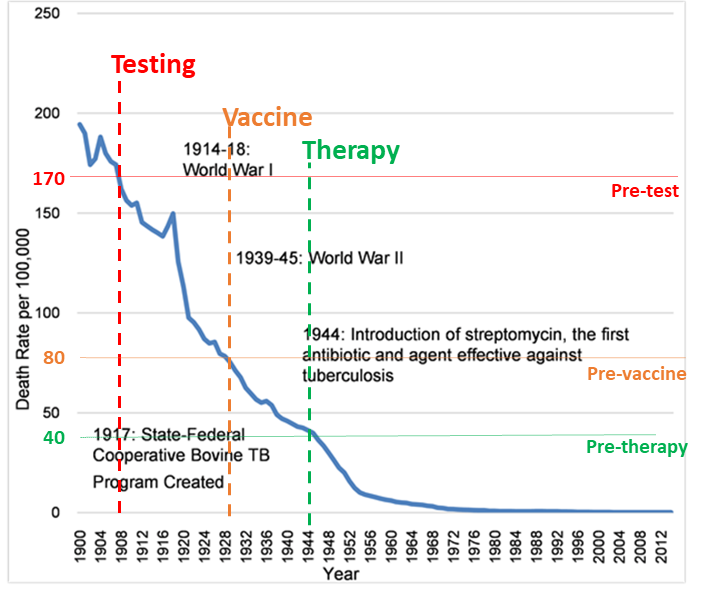