In 2020, 2021 and 2022, attempts were made to achieve herd immunity through infection, vaccination, and both. Later in the debate the term herd immunity was obscured by building immunity at the national level, with the same implication. The same thinking resulted and will result in the same results (Figure 1), many extra deaths, diseased people and long covid, as well as lockdowns to avoid hospital overflowing. This policy of herd immunity in not compliant with the International Covenant on Economic, Social and Cultural Rights. Those rights are derived from the inherent dignity of the human person.

The Dutch government changed Outbreak Management team (OMT) recommendation to policies that yielded more infections. This advice not use facemasks put people in the elderly care at risk. The Dutch government is one of the rare exceptions in democratic Europe that does not have their corona policy evaluated. What are the acts in this dramatic farce? 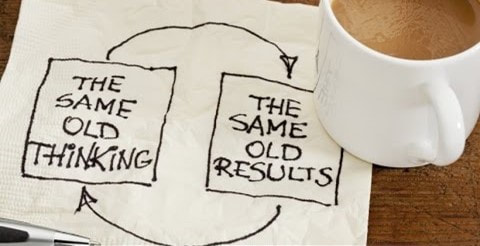 In 2020, the UK, Sweden and the Netherlands attempted to obtain herd immunity through infection, predictably, failed. The Netherlands did not even protect vulnerable people with facemasks in the elderly care, turning them into hospices as one specialist geriatric medicine named it early 2020.[2] This strategy violates international covenants that are part of the International Bill of Human Rights. It aims to protecting people against epidemic and endemic diseases (article 12.2).

The World Health Organization (WHO) called acquiring herd immunity through infection both scientifically and ethically problematic. Epidemics occur frequently and never herd immunity has been applied as a strategy against a dangerous virus. The default strategy is test, trace & isolate, to keep the number of infections as low as possible, which was also the generic message of independent advices to the Dutch government mid-2020. Moreover, the WHO also warned for the long-term impact of COVID-19, referring to early reports of long covid.

Previous infection might not protect very well against disease. Probably about 2/3 of unvaccinated people have bene previously infected, but hospitalization rates differ about 50-fold between vaccinated and unvaccinated. The first attempt to yield herd through infection failed, despite high numbers of infections in some areas.

In 2021, herd immunity was revisited to stay closer to its successful concept of yielding herd immunity after vaccination. Most European countries started late 2020 with vaccination campaigns and some countries, like the Netherlands aimed for herd immunity, this time by vaccination. I advised the Dutch health council not to do so. Also, the WHO expressed some doubt on its success, knowing reports that it would be unlikely achieved, based on (i) lack of sterilizing immunity in other respiratory viruses, and (ii) lack of lasting immunity in other coronaviruses.

In the Netherlands the excess mortality was 15,000 and 16,000 in 2020 and 2021, respectively. The lockdown measures in 2021 were not clearly less than those of 2020. Thus, even though vaccination offers personal protection from disease, the second attempt to yield herd immunity through vaccination also failed.

In 2022, herd immunity is re-revisited, hoping that combining two failed attempts i.e., vaccination and infection, would yield herd immunity. This immunologist repeats his answers from 2020: No, it will not. The attempt to do so implies that many people will be infected, which is unethical, since many people will suffer from disease, long covid, hospitals will be filled, mortality will raise, and it would cause longer lockdowns.

Unfortunately for this strategy is an Omicron infection does not protect very well against a reinfection. Various physicians have reported early reinfections after 6 weeks. Even repeated vaccinations cannot avoid high mortality rates in countries like Israel (Figure 2) and the USA (Figure 3). Other countries do not (yet) have high covid-mortality rates for unclear reasons.

The third attempt to yield herd immunity is very likely to produce the same results for SARS-2 as the previous two. Richard Horton, Editor-in-chief The Lancet, says: "We know exactly what is going to happen. We know there will be an increase in infections. We know that hospitalizations are going up. We know there will be an epidemic of Long Covid. And we know that we’re creating the risks for new variants.”
The Netherlands and the UK are reducing their measures to protect people from SARS-2 infection. The Dutch government officially stated that keeping society open is one of the important aims of their policies, minimizing virus spread was never their aim. Even testing to monitor epidemic spread might be cancelled. This will result in a strong increase of the number of infections. The Netherlands has a test positivity of over 50% for several weeks at maximum testing capacity, indicating that the government completely lost overview needed to control the epidemic.