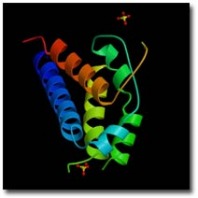 Local Interleukine-2 (IL-2) therapy of cancer was initiated by Riks Maas, a PhD student from the group of Prof. Willem Den Otter at the Utrecht Medical Centre the Netherlands. in 1992-1993, I was a graduate student in this group under supervision of Linda Everse, also a PhD Student in this group. I rejoined Den Otter's group a post-doctoral fellow in 2001 at Utrecht University. In 2003, Den Otter went with emeritae, but he has remained active in this research. In 2005, I was copromotor of Ekatarina V. Moiseeva. In 2008, our group has moved to the VU University Medical Center, Amsterdam, the Netherlands. 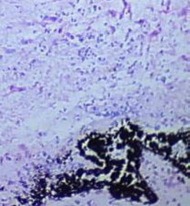 In several animal models, veterinary and human patients, local IL-2 therapy has shown effectivity against disseminated cancer. The clinical effects vary strong between tumour types, ranging from no effect, prolonged survival, complete regressions, to 5-year disease-free survival, which might be considered cures. Local IL-2 therapy has a variety of effects, including general stimulation of the immune system, local activation of innate immunity, vascular leakage within the tumour, and stimulation of antigen specific immunity leading to rejection of metastatic tumour and prolonged disease-free survival. IL-2 is effective against cancer when applied locally at the site of the tumour, and most effective when injected inside the tumour. 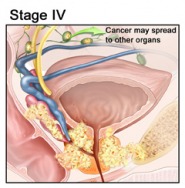 Since 2008, I am investigating local Interleukine-2 (IL-2) therapy of Castration Resistant Prostate Cancer (CRPC). Currently we are evaluating local IL-2 therapy in a preclinical rat model of CRPC.
This project was granted for three years by the SNFK from September 2008 to August 2011. 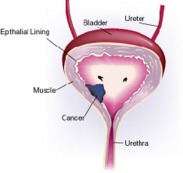 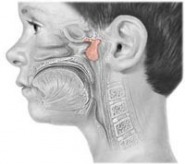 In 2005 we published a phase II study in patients with Nasopharyngeal Carcinoma. This study was compared to matched historical controls, who received only radiotherapy. Intratumoural injection of IL-2

Formulation of drugs may be important for their clinical effects. In 2004, we showed that local IL-2 in a slow-release system is at least equally effective, and possibly more effective than direct application of local IL-2 therapy. We have plans to continue this line of research.
Contact me on science using  science@johnjljacobs.nl